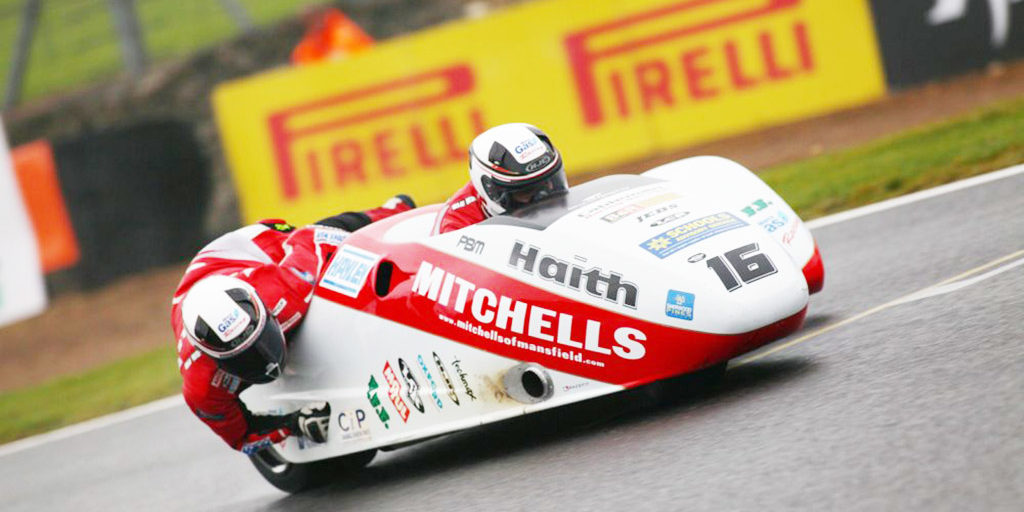 Mansfield sidecar racers Ben and Tom Birchall were at Silverstone over the weekend to contest the penultimate round of the British Sidecar championship, recording a sixth place in the first race and improving to fifth in the second encounter on Sunday.

They were making their British debut with the 600cc Honda engine housed in the long LCR chassis which is being developed to the 2016 FIM World championship specification and were up against the regular riders all on 1000cc machines.

The Mitchell’s of Mansfield supported pair qualified well in ninth place for a fifth row start to the first race on Saturday and completed the eight lap affair in sixth place. 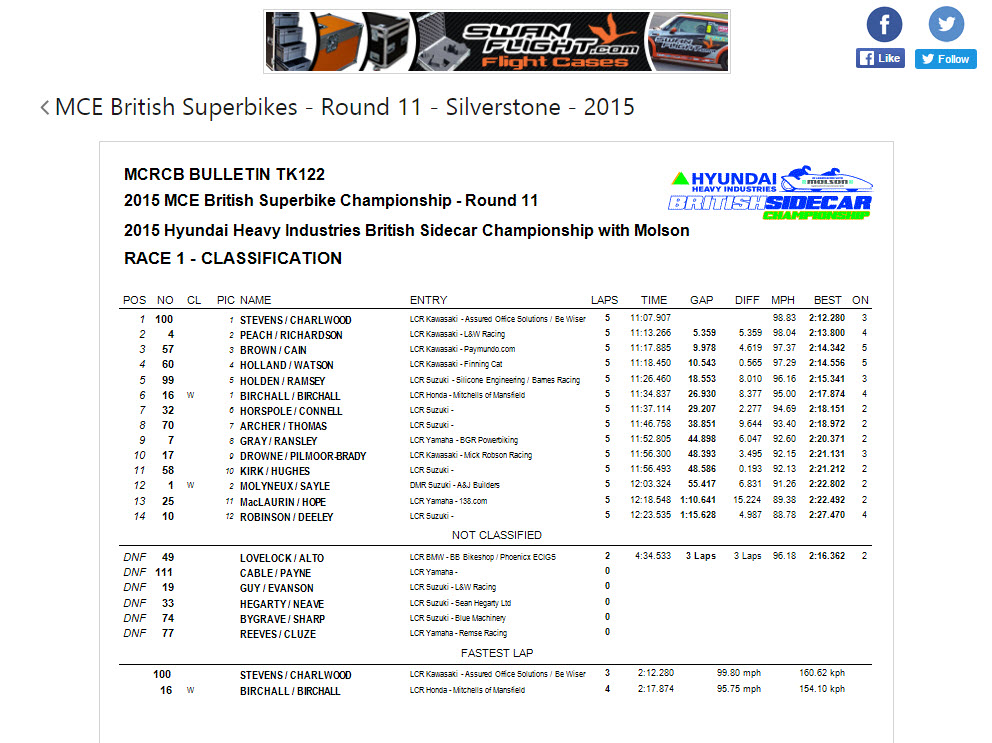 Ben said: “We are still developing the 600cc engine and we were pleased with our result in race one. We improved our lap times by over a tenth and feel there is much more to come as we continue our development.”

The team made a few changes to the settings for Sunday’s encounter and set off from the third row to record a strong fifth position at the end of the 10 laps setting a fastest lap of 2m 16.55s which is 1.2s faster than the time set in race one.

Ben commented: “we were delighted with the reception from the organisers and the fans and feel we have made some significant moves forward over the course of the weekend. We will continue with this at Brands Hatch in the final round of the British championship as we further develop the bike in preparation for an assault on the 2016 world championship. 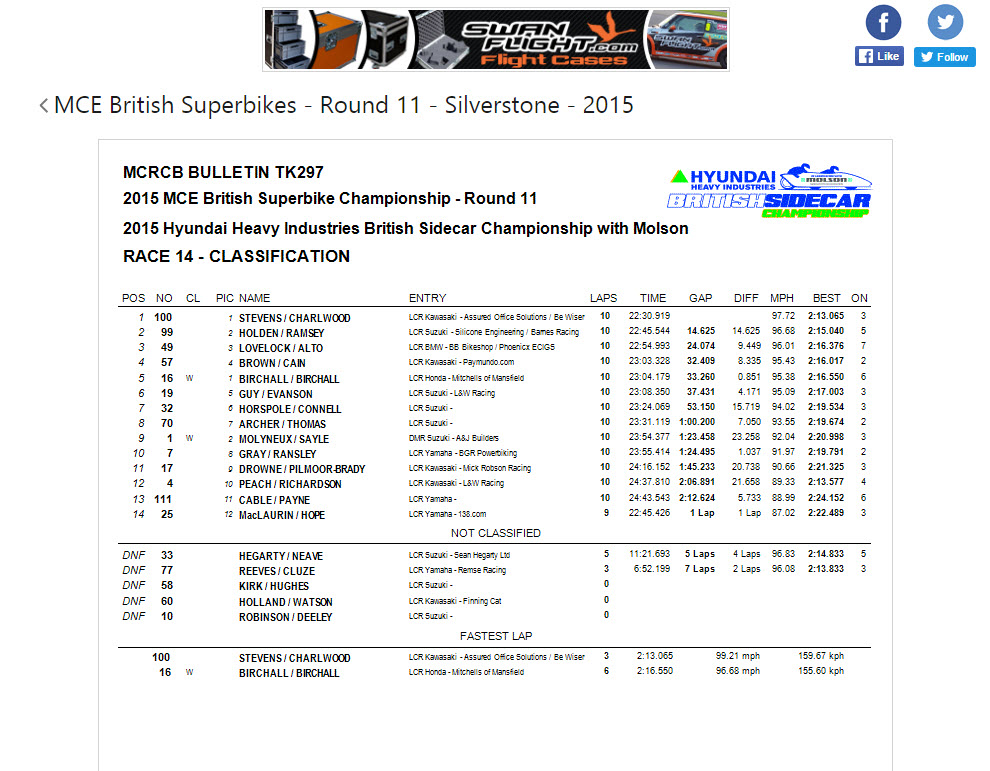 Race 2 result from Round 11 at Silverstone

The final round at Brands Hatch is over the weekend of October 14-18.