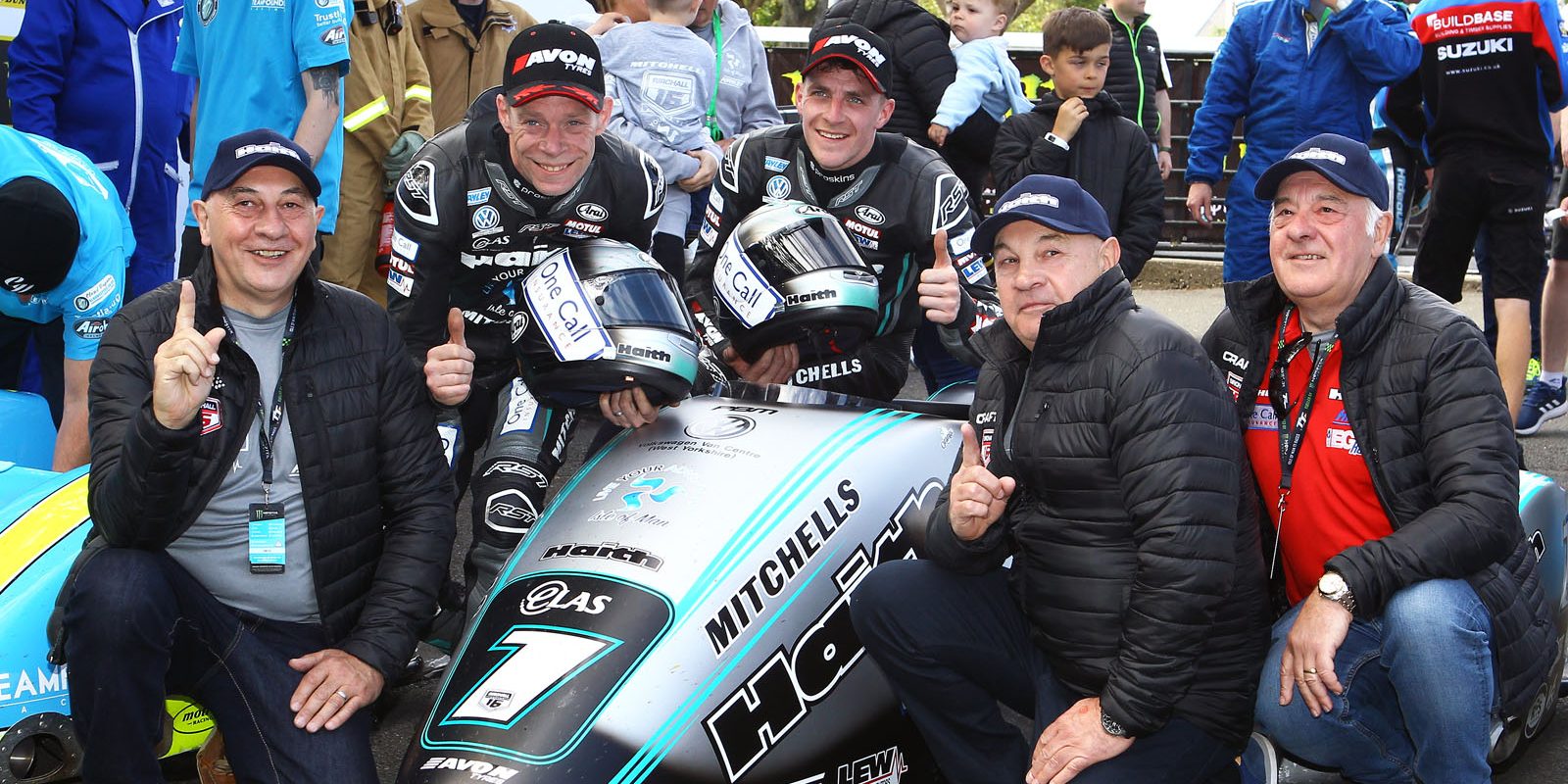 Ben and Tom Birchall have continued their incredible run of success at the Isle of Man TT by winning the first of the two sidecar races at the 2019 event.

Following an extremely challenging practice week, where inclement weather resulted in many cancelled or curtailed qualifying sessions, all teams were short on both track and set up time. Despite the scheduled Saturday race slot postponed to Monday, the crews still faced tough conditions on the 37.73-mile course with damp patches and a very strong wind.

Setting the pace right from the flag-drop, the Haith/Live Your Adventure backed team set fastest sector after fastest sector. Enjoying a lead of over four seconds at the first run through Glen Helen, Ben stayed focused and maintained a consistent pace, stretching the gap as the race went on. 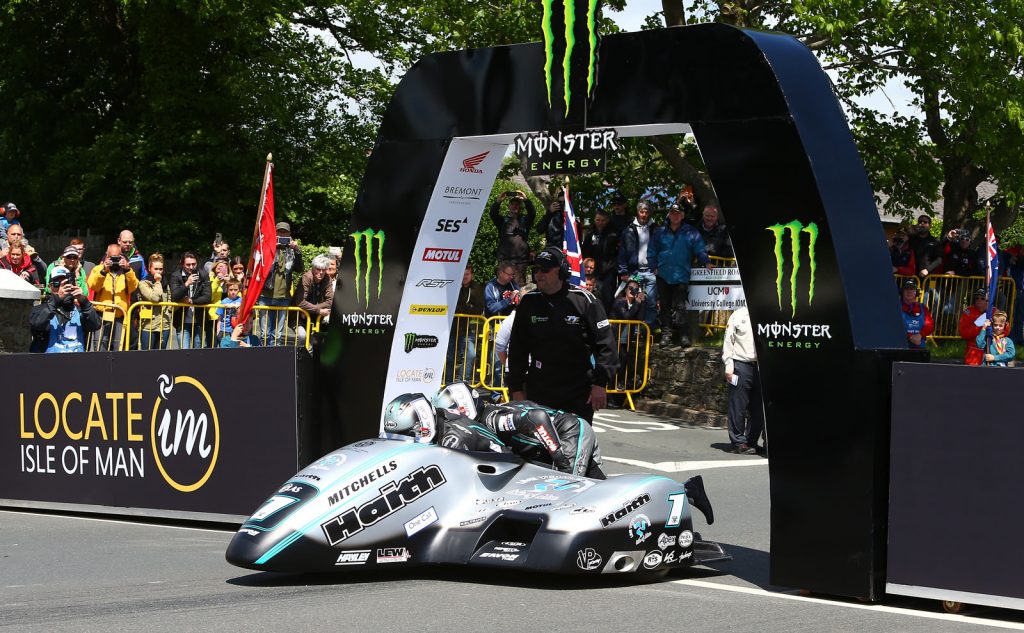 With a stunning first lap of 117.709mph, the Mansfield-based brothers went into lap two with a 15-second lead over the second-placed outfit of Holden and Cain. Steering their LCR Honda perfectly through the lower part of the course, Ben and Tom increased their lead to over 21 seconds at Glen Helen.

At Ramsey Hairpin, just over 24 miles into the lap, the boys were on lap record breaking pace – seven seconds inside their 2018 time. A strong, gusting wind up the mountain climb slowed their progress however and the pair completed the lap at a still-impressive 119.129mph average.

Although still extending their lead, Ben eased off a little on the third and final lap to preserve the machine, ultimately clocking a third lap of 118.12mph. Crossing the line with a 48.116-second lead, Birchall Racing secured their ninth Isle of Man TT win. 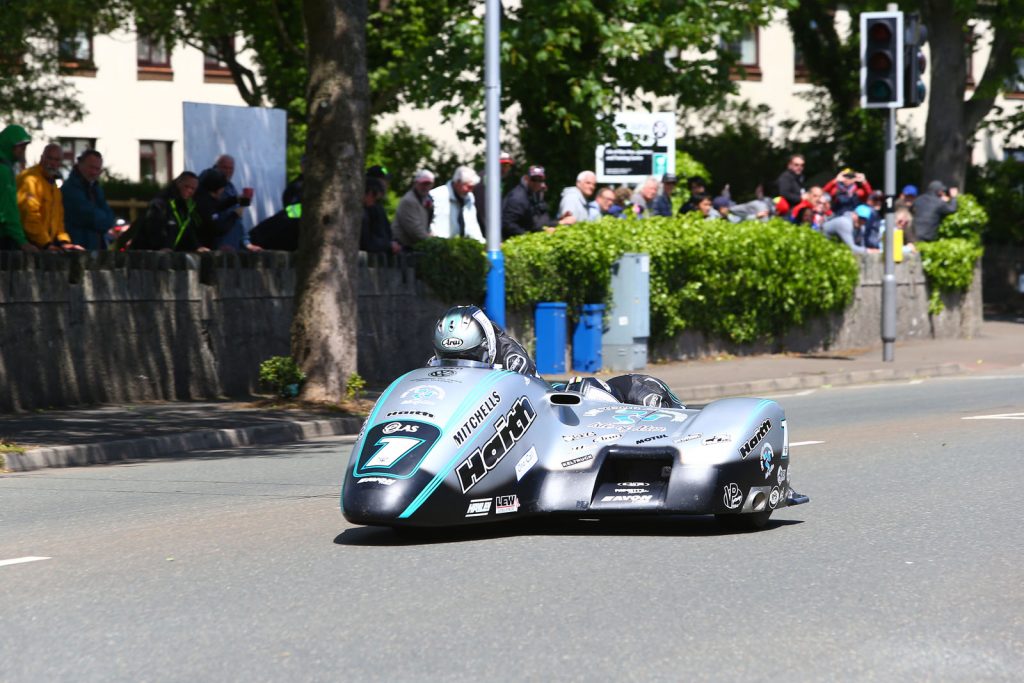 The total race time of 57-minutes-24.005 seconds broke the boys’ existing record set on race two in 2018. The win also crowns Tom as the most successful sidecar passenger in the history of the iconic event.

Now with just days to prepare for the second race of the festival, due to be held on Friday, Senior race day, Ben and Tom will be hoping for further success at this year’s Isle of Man TT Races. 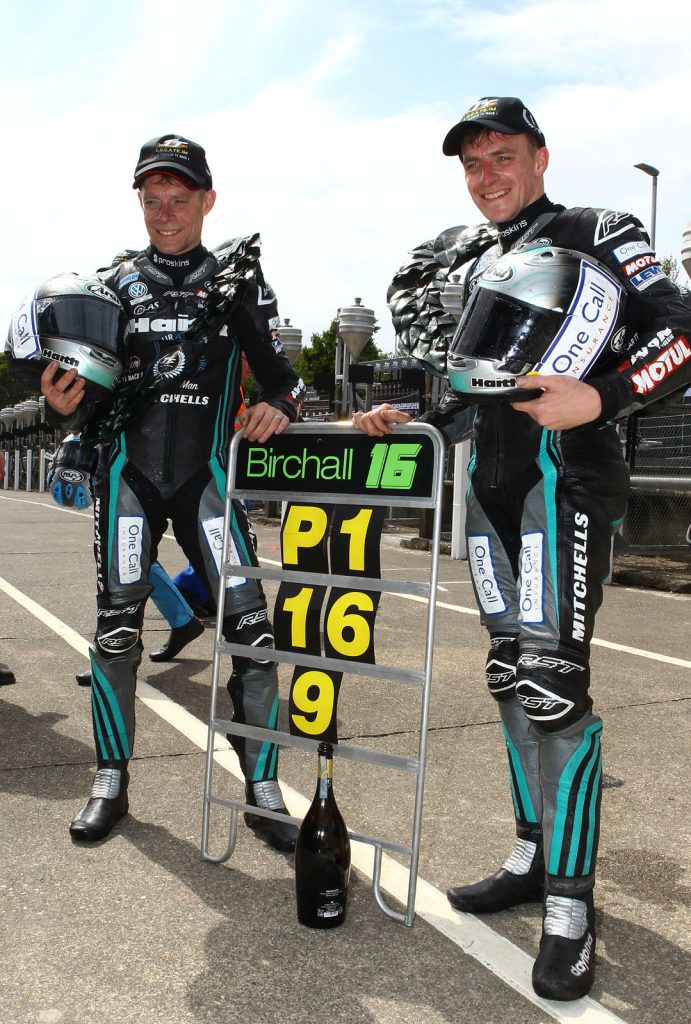 Ben Birchall: “It is an incredible feeling to win a TT, there really is nothing like it. We, like all the competitors this year, have had such a tough practice week. We have made some changes to the outfit this year, but without much track time to test everything we weren’t 100% sure how it would perform. Thankfully, everything went well on the day and we were able to bag our ninth win. Tom was amazing as usual and the Honda motor was superb – thanks to Padgett’s for their continued help with that. I’d just like to say a big thank you to all the spectators and fans for their support over these two weeks. The weather has been awful for everyone but to see everyone lining the track, cheering us on is a real boost, so thanks to everyone for their support. Hopefully we can do the same again this Friday.”

Tom Birchall: “It feels great to be back here taking another win, this has been one of the toughest that’s for sure. With the changes to the bike and the conditions through practice, it really shows what you can do with a good team behind you. I’d like to thank all of the team and friends and family for their support, it really does take a lot to come together to ensure success on the island. It’s a real honour to become the most successful passenger, again it wouldn’t be possible without good support and of course, Ben to drag me round!” 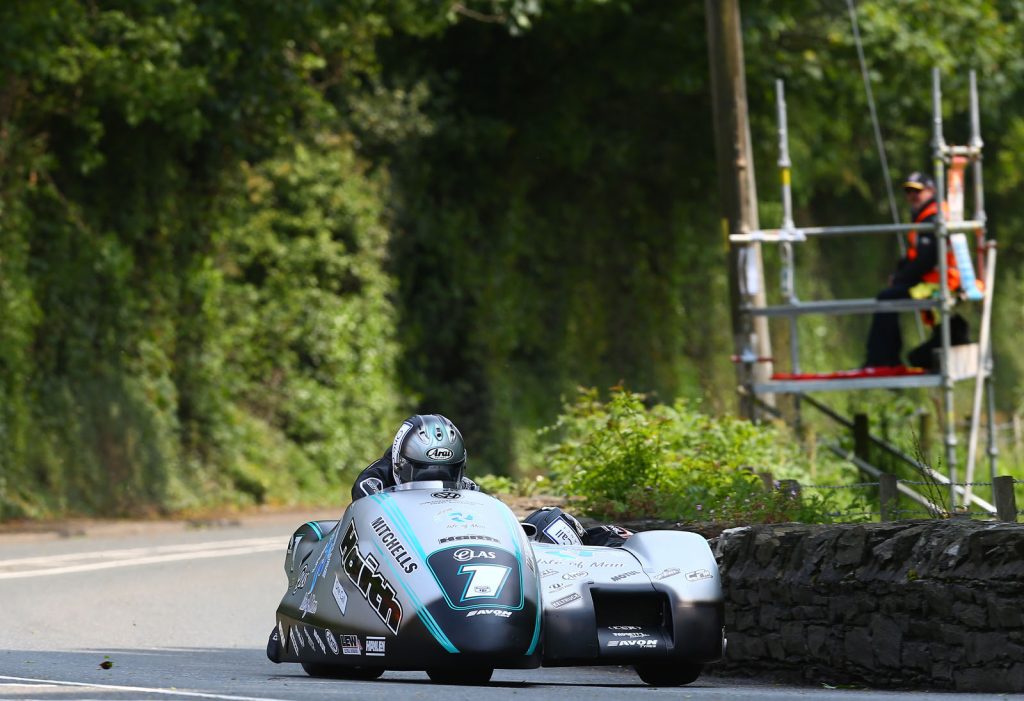