It was only the second time riding the new outfit which has been built to 2016 world championship specifications and Ben was pleased with the lap times and the development of the bike. 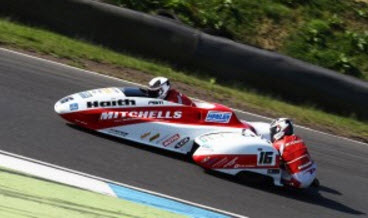 He said: “The bike is fantastic to ride and considering it was only the second time it has raced I am pleased with the pace and feel there is much more to come as the development continues. 2016 is to be a transitional year for the world championship with both 1000 and 600 engines being used and in 2017 the championship will switch completely to the 600 engine.

“We enjoyed entertaining our guests from the Hayley group, I am sure they enjoyed their day with us especially as the weather was so nice. It was great to be invited to Knockhill to race in the Jock Taylor Memorial event. 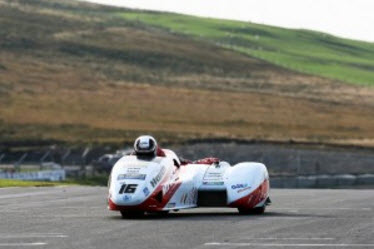 “Sadly the weekend was marred by the accident involving Steve Kershaw and Rob Wilson on Sunday and all at Birchall Racing send our best wishes to Steve and Rob for a speedy recovery. Our thoughts are with the team and family of both riders.”