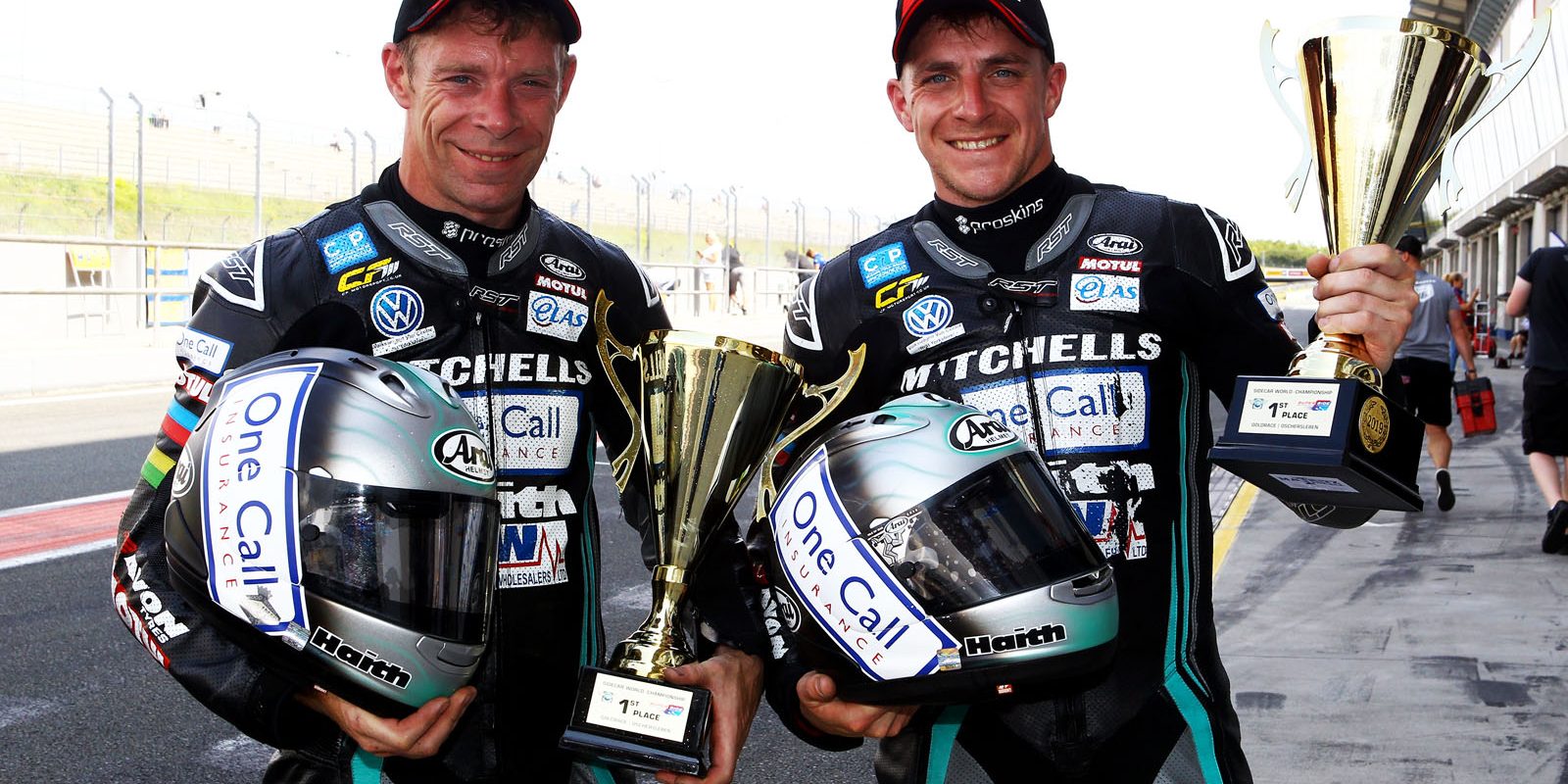 Ben and Tom Birchall have won the prestigious Gold Race at round three of the 2019 FIM Sidecar World Championship. Added to a runner-up finish in the Sprint Race, the Mansfield-based brothers now lie just seven points behind the leaders in the provisional overall championship standings.

It was a hot one at Oschersleben in Germany last weekend, with temperatures reaching well into the 30s. As one of the Birchall’s favourite circuits, the team arrived at the historic track with the goal of winning both races to reclaim the championship lead.

Practice and qualifying went well with the Mitchells of Mansfield supported team setting the pace to ultimately claim pole position with a time 0.3 seconds faster than their rivals. Feeling comfortable on track, Ben and Tom even had chance to make a couple of cooling and bedding in laps during the session such was their pace. 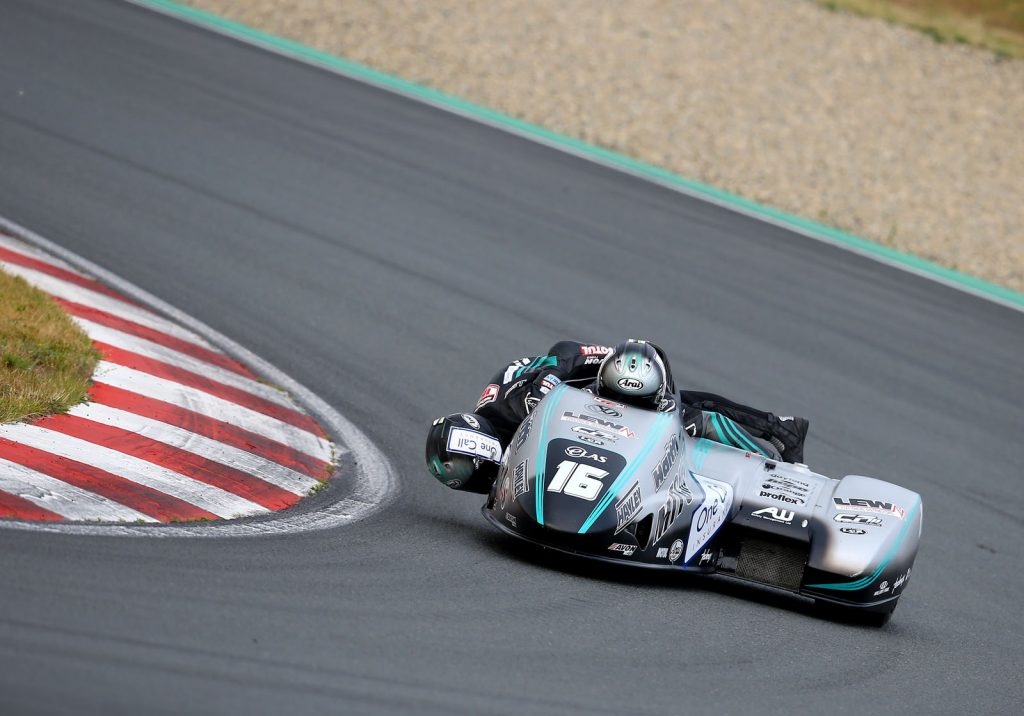 Late Saturday afternoon saw the 11-lap Sprint Race take place on the still hot German tarmac. With the top three teams separated by less than one second after qualifying, all knew it would be a closely-fought battle to take the chequered flag. Ben and Tom grabbed the holeshot from the front of the grid and immediately set about trying to gap the outfits behind. Ben, driving superbly, put in fast lap after fast lap, maintaining his lead over the second and third-placed teams. Unfortunately, with just one lap to go, a late pass by Reeves and Wilkes put them in front and with no time to retaliate, Ben and Tom had to settle for second. A frustrating end to such a dominant performance.

With plans to make up for the Sprint Race result, Birchall Racing made some subtle tweaks to their LCR Yamaha outfit before Sunday’s 21-lap Gold Race. Overnight thunder storms had cleared the air, leaving the track and conditions more favourable for the main event. Ben and Tom once again got the perfect start and led the pack into the first corner. Similarly to the first race, with all the action going on behind them, Ben was able to manage his pace and stretch his lead ahead of the sidecars jostling for position behind. Crossing the line unchallenged by their rivals, Birchall Racing bagged 25 valuable points, keeping their championship hopes very much alive with three rounds of the series remaining. 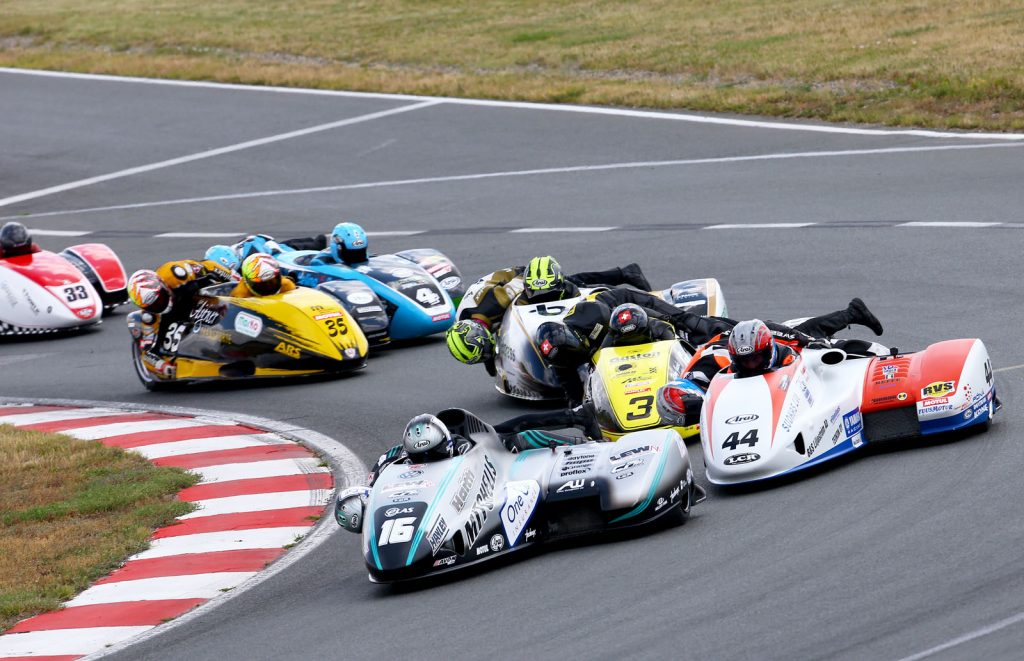 Ben Birchall: “It was great racing in Germany, the circuit is one of our favourites and there’s always a good atmosphere there. I have to say I’m a little disappointed in finishing as runner-up in the first race. We definitely had the pace to win, I just made a small mistake near the end and Tim got past. I was determined to make up for it on Sunday though and that race went perfectly. Once again, the team have been amazing, conditions were tough in the heat but everything went smoothly as usual. We have a short break from the world championship now then its back on it for the Netherlands and Croatia.”

Tom Birchall: “I’m really happy to have another solid weekend. We got pole again so it’s great to have that sort of pace against the clock, it shows our set up is bang on. We just got pipped in the first race which never feels great, but we got our heads down and found a little extra during the next morning warm-up. In the second race, everything went perfectly – we pushed hard and got a gap early on and from there we just managed it, leaving a little in reserve in case we needed it. Just want to say thanks to David Batty from the Hayley Group and his friends for being there over the weekend – it’s always good to have some home support and I’m glad we were able to reward them with a win.”

Round four of the 2019 FIM Sidecar World Championship will be held at Assen, the Netherlands on August 18. 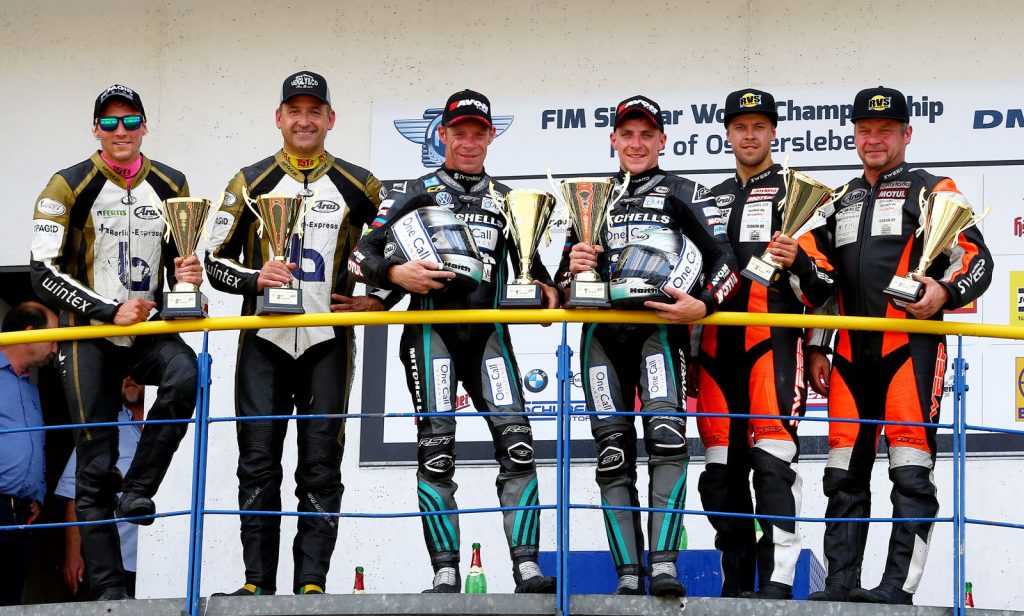 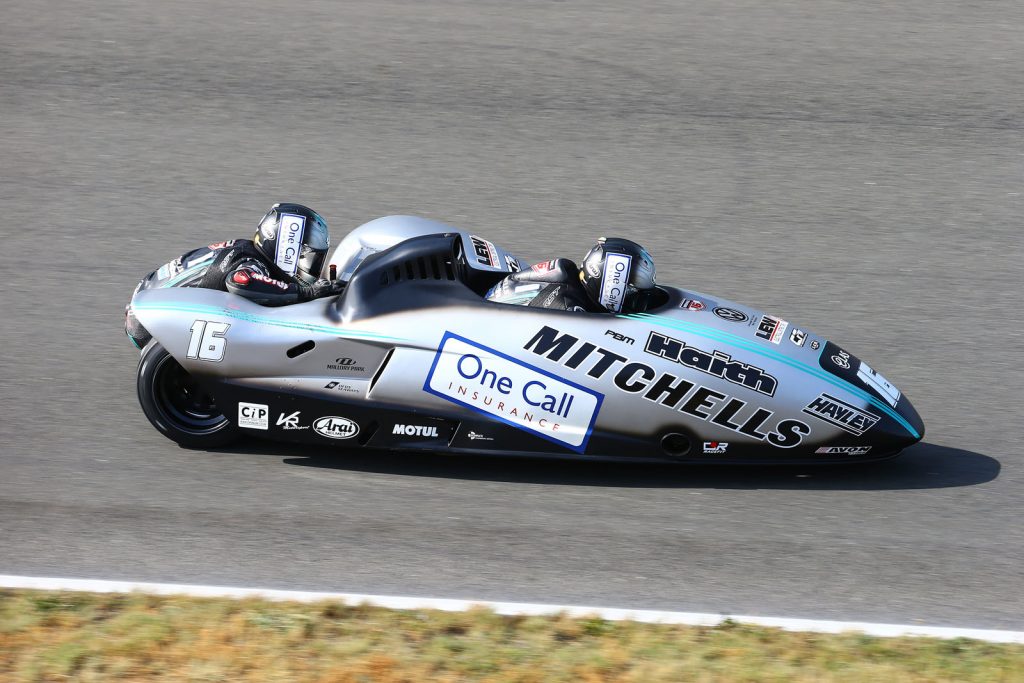