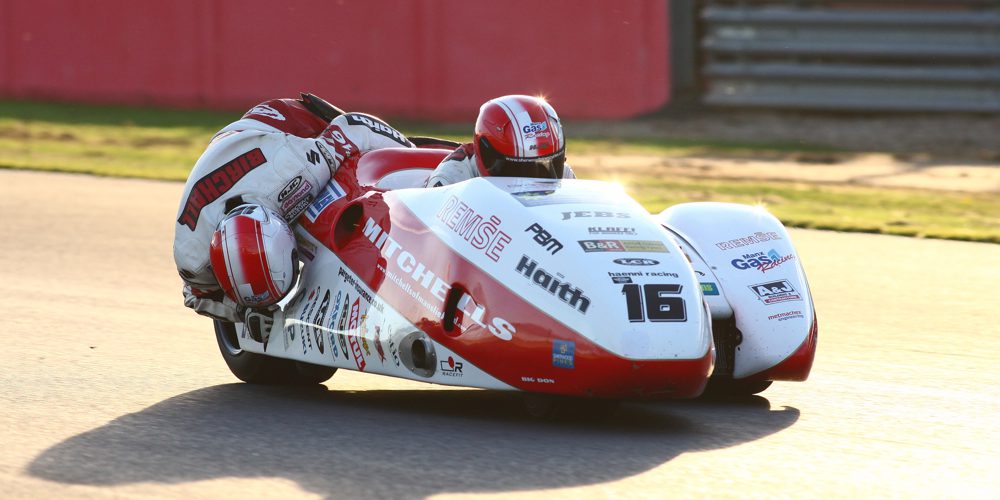 Ben and Tom Birchall travelled to Brands Hatch to further their development of the LCR Honda 600 outfit by competing in the final round of the British F1 Sidecar championship at the Kent circuit resulting in two top 20 finishes.

Starting from a sixth row grid position for the start of the first race the start was delayed to allow for a shower of rain to pass through. Subsequently the race was reduced in distance from the scheduled 10 laps down to six.

It was always going to be difficult to catch the leaders in such a short race but this was made even more so because Ben opted for wet weather tyres which turned out to be the wrong choice. Unable to make much headway the Mitchell’s of Mansfield supported team completed the race down in 20th position.

The weather was fine and dry for race two later in the day and Ben and Tom lined up for a start from the 10th row. This time they made no mistake with tyre choice and finished in 15th place overall but were the fastest 600 machine on the track posting the fastest lap for a 600 with a 1.34.626s – 92.57mph.

Ben commented: “After making further adjustments to the new bike we went to Brands Hatch to see how the bike performed mixed in with the British F1 competitors who were using the bigger engine capacity outfits. Unfortunately we made the wrong tyre choice for the first race which then affected our grid position for the second encounter. But the engine ran well and we were pleased with the times we posted during race two. If we had started from nearer the front of the grid we could have been looking at sixth or seventh place at the flag.

“Our season is now complete but we will spend the winter months developing the bike further in preparation for the 2016 world championship where the new rules come into effect. 2016 is to be a transitional year where the competitors who have already made the change to 600 engines will run alongside riders using the bigger capacity engine for a final year thus allowing teams the time to make the change to the 600cc engines which will be used solely from 2017.

“We were encouraged by the reception we received from the officials and public at Brands Hatch and would like to thank them plus all our sponsors and supporters for their continued input to the team.”