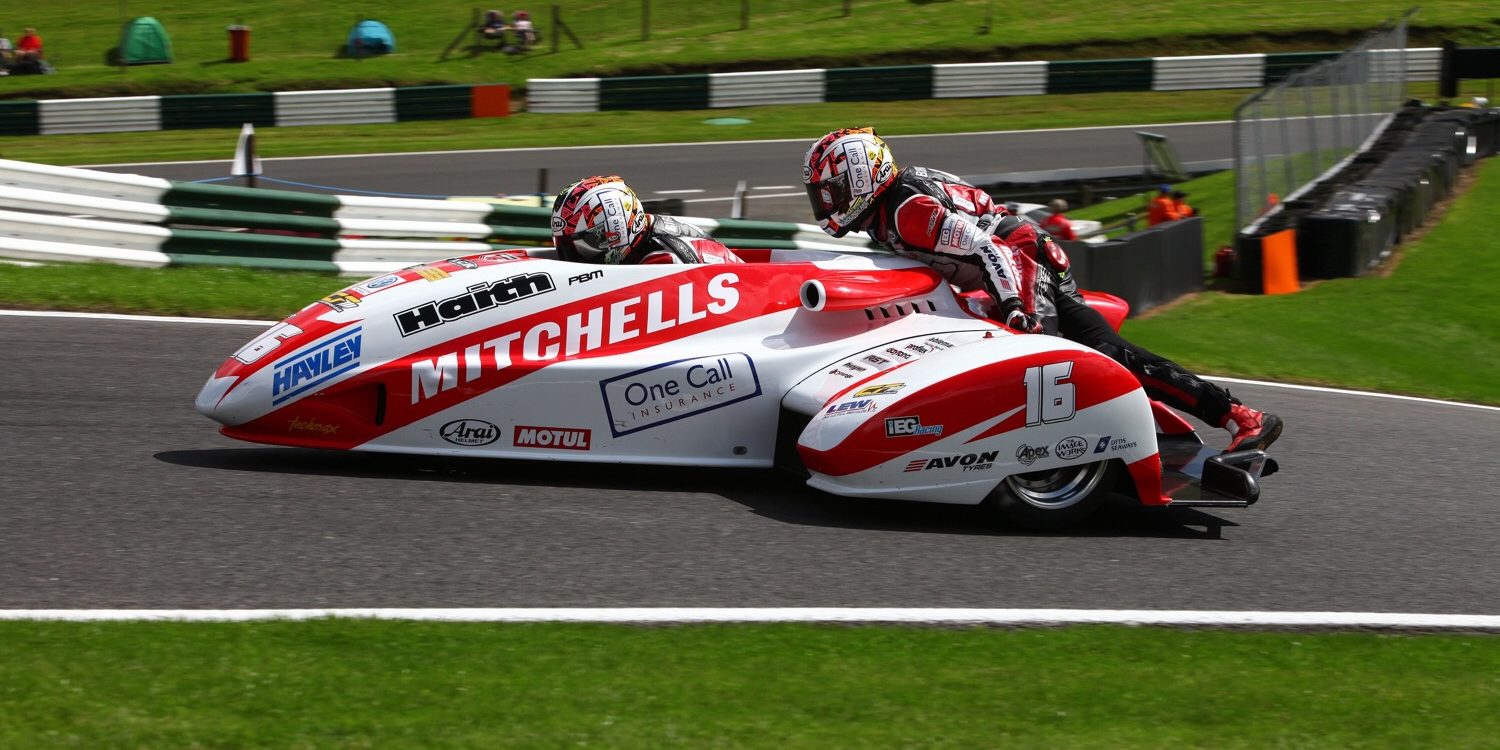 Ben and Tom Birchall were at Cadwell Park for a round of the British 600 Sidecar Cup where they recorded a decisive win in both 10 lap races to move into second place on 70 points, just 29 points away from the series lead..

The Mitchells of Mansfield supported brothers qualified for a second row start in the mixed grid of F1 and F2 outfits for the first of two 10 lap races and as race one got underway they made their way through to fourth place on the first lap and first in their class. But the racing was tight and they were relegated down the grid as the more powerful F1 outfits overtook them on the fast straights. But they persevered and overtook some of the F1 outfits to take up sixth position and first place in class. They were on the back of a four way battle for fourth place overall and crossed the finish line in a fine sixth place to take the win in the 600 class and pick up a further 10 points and move in to third place on 60 points. 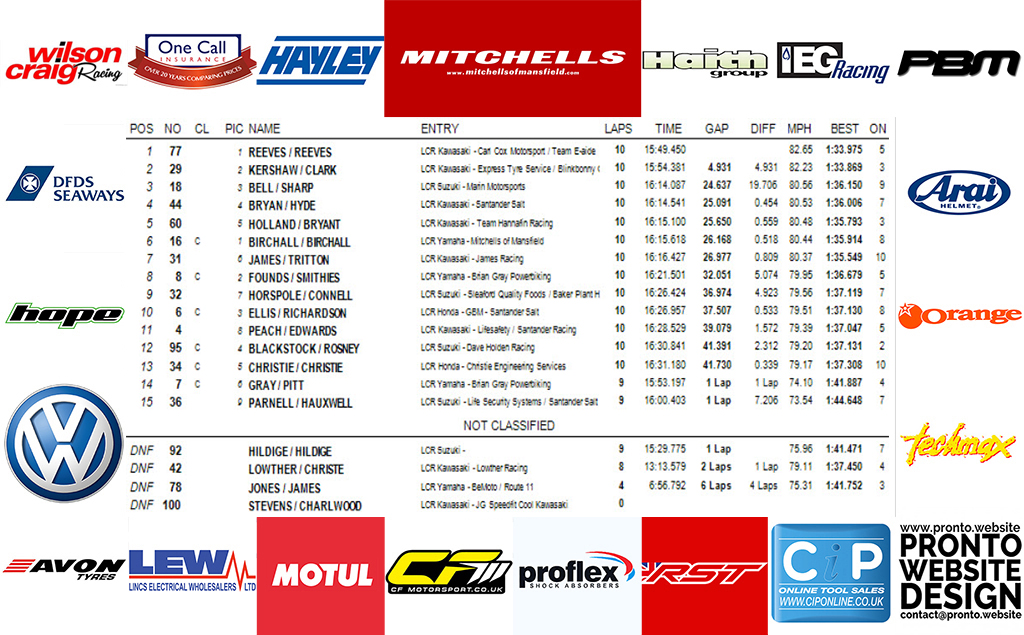 The world championship leading brothers started the second race on Sunday from a third row grid position and got a fantastic start to take up third place on the first lap. At the half way stage of the race they made a pass on James/Tritton to move into second and remained in that position throughout the remainder of the race, taking second place overall and the win in their own class to claim maximum points and leapfrog up to second in the 600 Cup; an amazing performance for the pair who were 400cc down on their opponents in the F1 section of the race. 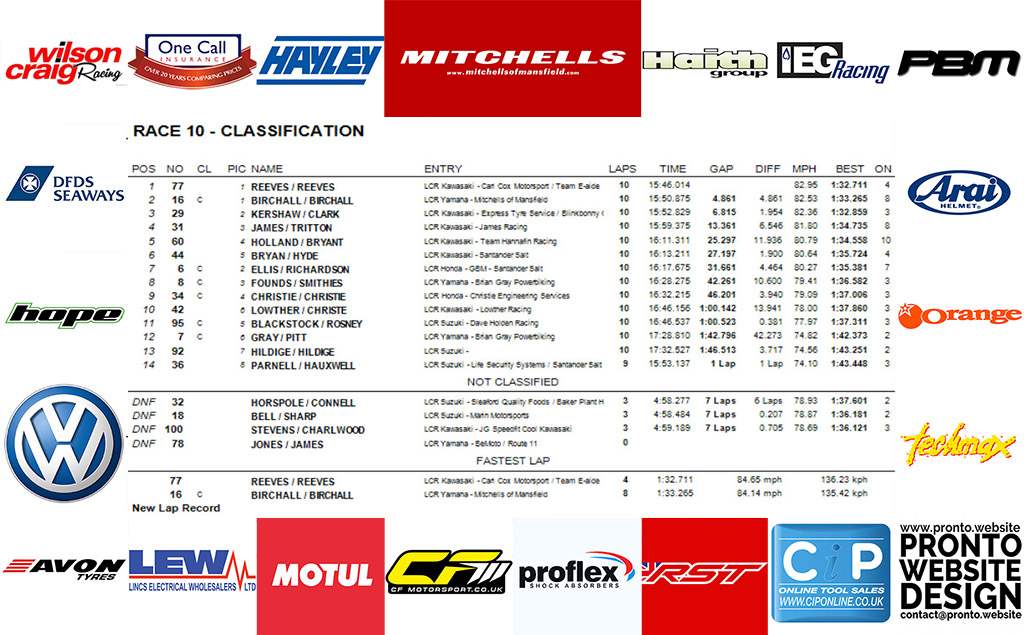 Ben said: “We had another great weekend of racing with the British Superbike championship at Cadwell Park and what a great venue it is. As always it produced some fantastic racing and we won both our races. We are really happy to have moved up to second in the championship especially as we have not been able to contest every round. The CF Motorsport R6 Yamaha was absolutely flying all weekend and we are so grateful for their input to the team. We now turn our attention to the final round of the World championship in two weeks time where we hope to be able to seal the world championship.” 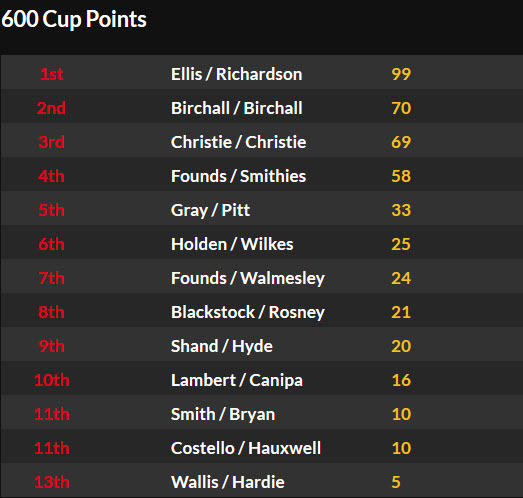 The next outing for Ben and Tom is the final round of the World championship that takes place at the Grobnik Automotodrom in Croatia over the weekend of September 8/9 when the Birchall brothers will contest a Sprint race on the Saturday and the Gold race on Sunday. With an advantage of 30 points over Paivarinta/Kainulainen and 50 points available in Croatia the pair just need to finish the first race ahead of their nearest rivals to claim their third world title and their second in the 600cc class.