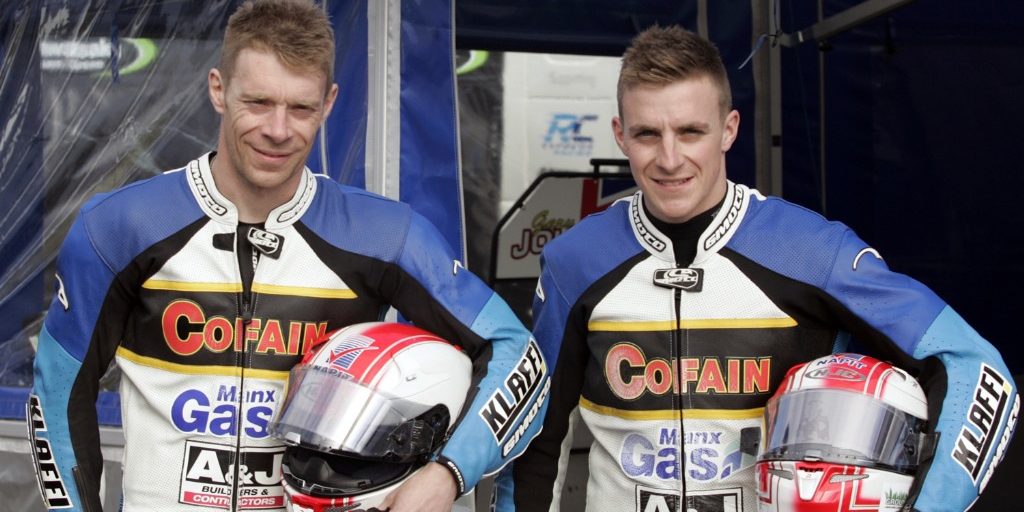 Following their crash on the second lap of the sidecar race at the Isle of Man TT Mansfield riders Ben and Tom Birchall were airlifted to Nobles hospital in Douglas for further assessment. Tom escaped with cuts and severe bruising and was released from hospital after a couple of days but Ben suffered a serious injury to his right hand and after initial treatment was transferred to Wigan where he was treated by Mike Hayton, an Orthopaedic Consultant. Mr Hayton is one of the top specialists in hand and arm injuries in the country and successfully treated John McGuinness for his injury.

After three operations on the open wound on his hand Ben is well on the way to recovery and said: “I do have a serious injury to my hand but it is something I can come back from. Mike Hayton’s expertise means that there is no need for an external fixator. The surgery went well using plates and wires to pull all the bones back in place and then a plastic surgeon was brought in to help seal the open wound which so far is infection free.

“I am now having treatment in the hyperbaric chamber at the Nottingham Multiple Sclerosis Therapy Centre to assist the healing process.

“Both Tom and I would like to thank the medics and marshals in the Isle of Man for their prompt attention and also our thanks go to everyone that has sent their best wishes to us over the past couple of weeks. It is a shame this happened as the effort that both our own team and the Hanni LCR/Cofain Racing by Klaffi team had put in surpassed everything we could have hoped for. We were leading the race by just under 10 seconds at the time and are so disappointed that we could not bring another TT win back for them.

“We were unable to race in Croatia last weekend to defend our world championship lead but we will be back as soon as possible to concentrate on the world series for the rest of this year and preparation is already underway for a return to the Isle of Man for the 2015 TT races.”

Ben is to return to hospital on Thursday for a progress check on the injury.