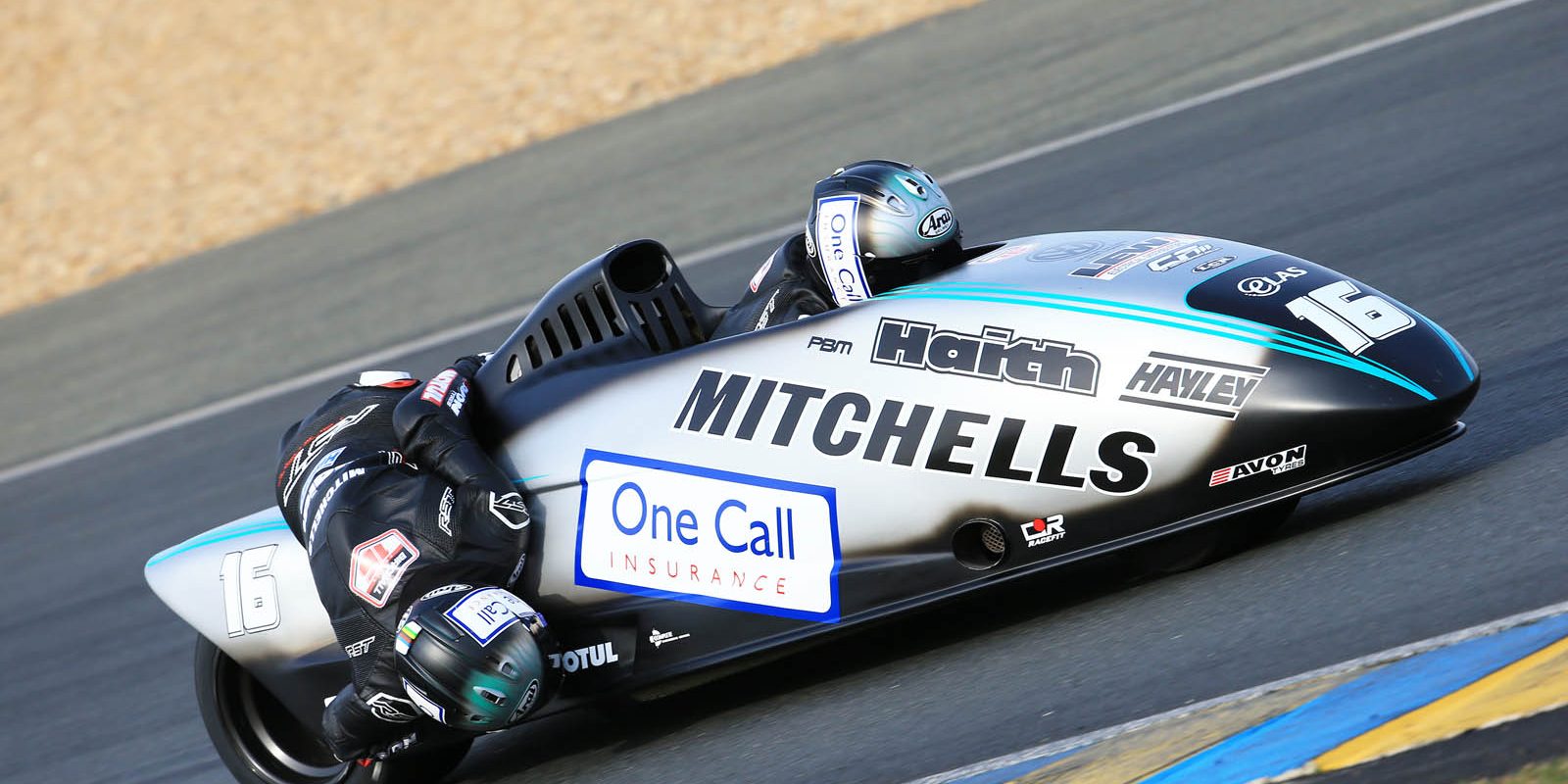 Birchall Racing have enjoyed a strong opening round to the 2019 FIM Sidecar World Championship held at Le Mans, France, finishing fourth and claiming valuable championship points. Despite an issue slowing their pace in the latter stages of the race, the team came away from the meeting having set the fastest time in every session, including a new race lap record.

Teams were blessed with glorious sunshine for the entire weekend at round one of this year’s Sidecar World Championship, held in conjunction with the famous Le Mans 24-Hour motorcycle race. As such, the grandstands were packed with spectators and the sidecar crews put on a great show to the delight of the 1,000s of fans.

Practice and qualifying went very well for Mansfield-based brothers Ben and Tom Birchall. The duo posted the fastest times in all sessions with their pole position result close to one second faster than the second-placed outfit. It looked like Saturday’s race would be a dominant one for the reigning world champions.

The race started well for the One Call Insurance supported team with Ben taking the holeshot into the first chicane. Heading onwards, under the Dunlop Bridge, the Birchall’s momentum was halted when an impetuous attempt at a pass by the second-placed outfit caused the two teams to collide, forcing the Birchall’s into a near-spin. Using his extensive skill and experience, Ben was able to quickly regain control of his LCR Yamaha but the incident had dropped the team down to fifth place.

Immediately setting off to retake the lead, Birchall Racing broke the lap record on two consecutive laps as they fought their way back to the front. Unfortunately, a clutch issue had arisen, slowing the outfit and restricting the team’s pace on the second half of the race. Despite the handicap, Ben and Tom enjoyed a fierce battle with Paivarinta and Veravainen right until the final lap.

In their final attack for the lead, the two outfits came together, which resulted in Ben and Tom falling behind, their clutch issue becoming worse. The team were able to nurse their outfit across the line to claim fourth, salvaging 13 valuable championship points. Not the win they had been hoping for, but with their machine otherwise performing superbly, the brothers could only take positives from the weekend. 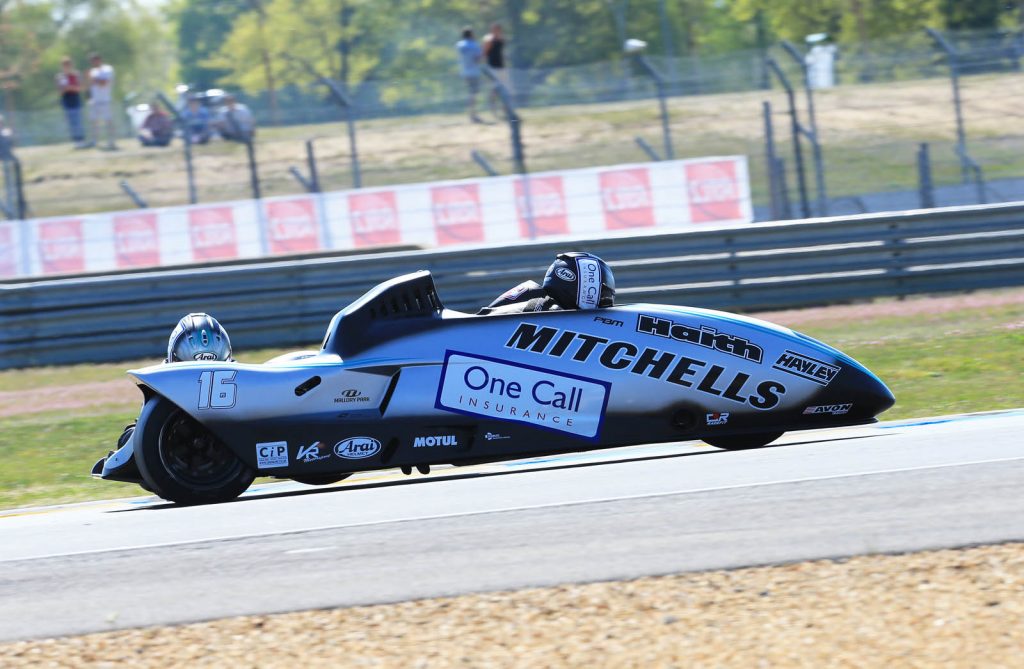 Ben Birchall:“Of course it’s a little frustrating not to have come away with the win, especially as we had a pace advantage all weekend. We had a great battle with Pekka, which was really good fun. Obviously if that first-lap collision hadn’t happened the race would probably have been a bit different but it’s a shame not to finish on the podium as I felt we performed superbly and deserved it. Nevertheless, we came away with some solid points and put on a good show for the fans. The upgrades to the bike we have made over the winter break seem to be working really well and I really enjoyed myself out there. I’m looking forward to Hungary now and hopefully a top result and more championship points.”

Tom Birchall:“All-in-all we’ve had a fantastic start to the year – to go fastest in every session and claim pole position on the new bike is great. The race didn’t quite go to plan, but we had a great battle that went right down to the last lap, it’s just a shame we couldn’t convert it into a podium. Congratulations to the winners, it was a great fight so thank you to the FIM for giving us the opportunity to race at Le Mans once again in front of such a great crowd. We’ll look on to round two now and hopefully take that top step of the podium.”

Birchall Racing’s next event will be the first round of the British Sidecar Championship at Oulton Park on 4-6 May, before heading over to the Isle of Man for the 2019 TT Races towards the end of the month. 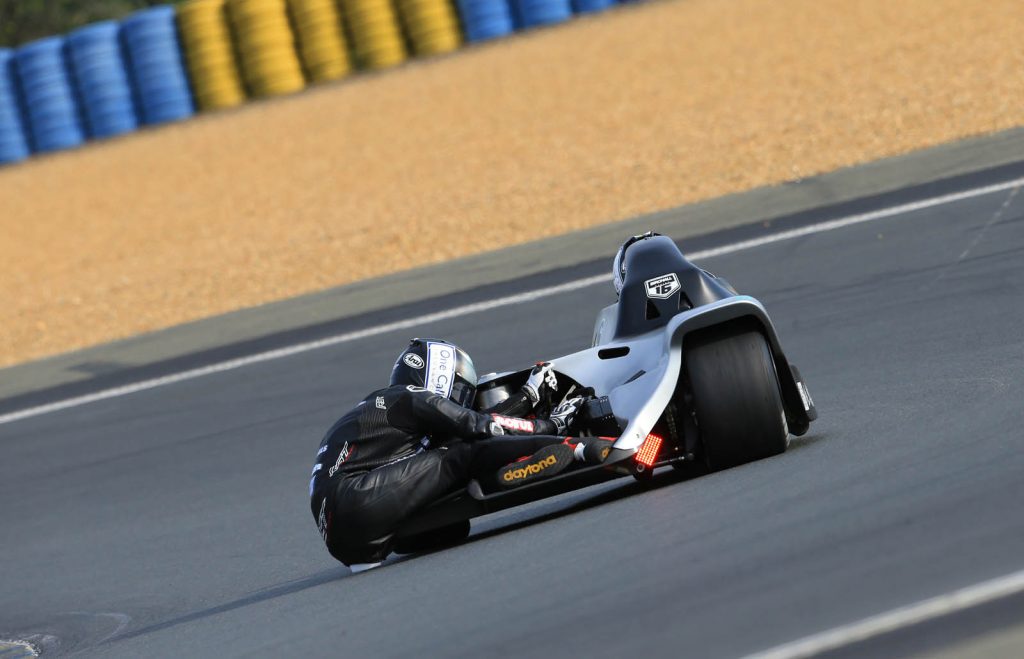