Birchalls try for a treble at Thruxton 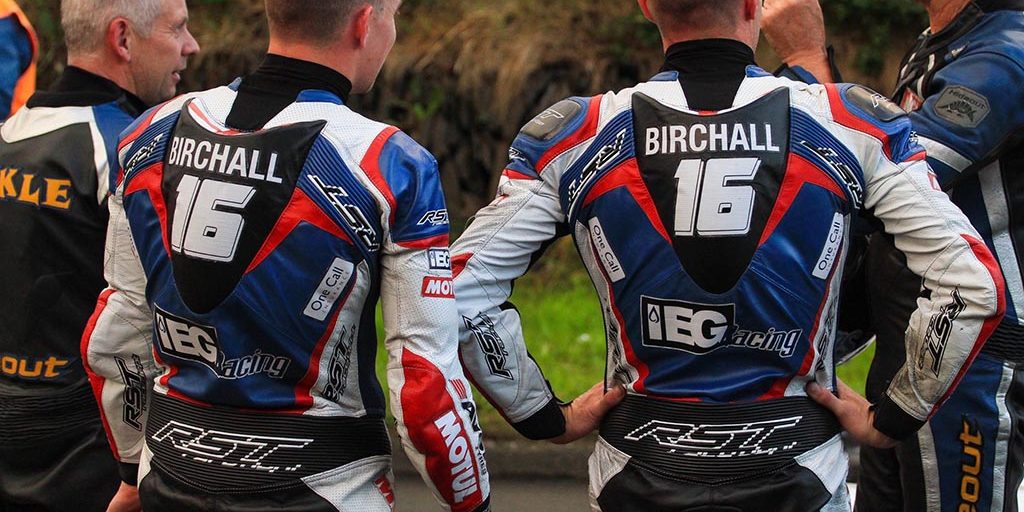 The RKB – F1 Championship rolls into Thruxton for what’s promising to be a fantastic weekends racing. 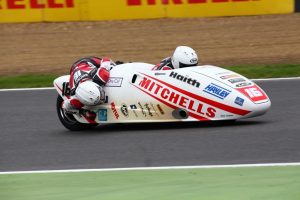 Fresh from their heroic effort at the Southern 100, Ben and Tom Birchall return to Thruxton to see if they can rack up more points in the 600 Cup.

After a double win at the last round at Snetterton the brothers are eager to put some more distance between themselves and the chasing pack at the top of the leader board.

This weekend is the ideal opportunity to do just that as the boys are facing three 8 lap races this coming weekend with 2 races on the Saturday and a final race, late on sunday morning

Once again the brothers are looking to assert their dominance on the 600cc outfit and we spoke to Ben earlier in the week to get his thoughts on this weekends racing.

“We had a fabulous time at the Southern 100 and we can’t thank everyone enough for all the support they’ve given us but now we’re looking forward to getting amongst it at Thruxton.”

“It’s a very fast track, so we’re at a bit of a disadvantage when were up against the more powerful bikes but we’re feeling good and we’ve had a few days to get everything set up so we’re confident we can put on another good show.”

Like many race circuits Thruxton was originally a wartime airfield. Commissioned in 1941 the airfield was host to both the RAF and USAF and played a major part in the D-Day landings as a base for troop carrying aircraft and gliders. Declared surplus to requirements in 1946, motorsport started in 1950 with motor bikes on a track comprising both the runways and perimeter roads.

Thruxton’s fame grew from the Easter Monday Formula 2 meetings where Formula 1 drivers of the day battled with up and coming talent. Household names like Graham Hill, Jackie Stewart and Jochen Rindt all thrilled the crowds in the early races. Since then Thruxton has seen all our recent Formula 1 drivers race regularly at the track at some time in their career.

In 1993 Damon Hill, Formula 1 World Champion, drove a demonstration run in the Williams FW15C, recording an incredible 57.6 second lap of the 2.4 mile circuit, an average speed of 147.25mph.

It is now the high speed rounds of the British Touring car championship and British Superbikes that regularly bring in capacity crowds. 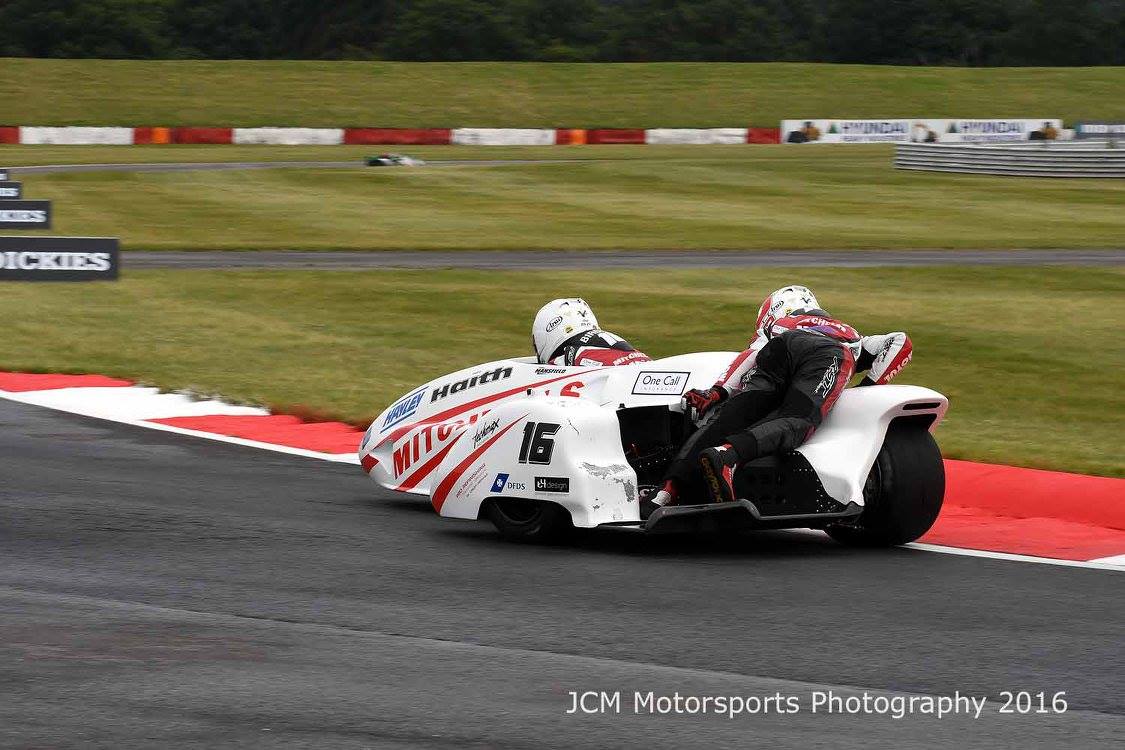 The karting and 4×4 centre have their own entrance (sign posted) 100 meters before the main cicruit entrance. If you are participating in a driving experience proceed through the main entrance and through the tunnel. On exiting the tunnel turn immediately left and follow the signs towards the car park.

TRAINS AND PLANES TO THRUXTON CIRCUIT

There is a main line train station in Andover (10 minutes away), which runs from Waterloo. Plan your route usingNational Rail Enquiries

Southampton Airport is the closest mainstream airport (45 minutes away).

This weekend at Thruxton looks to be warm and dry with only a little chance of a shower on the Friday, having said that, with high temperatures forecast throughout the weekend there’s little chance of it having any impact on the racing.

Weekend temperatures are hovering around the low to mid Twenties Celsius with low average wind speeds so, it’s looking like a great weekends racing for competitors and spectators alike. 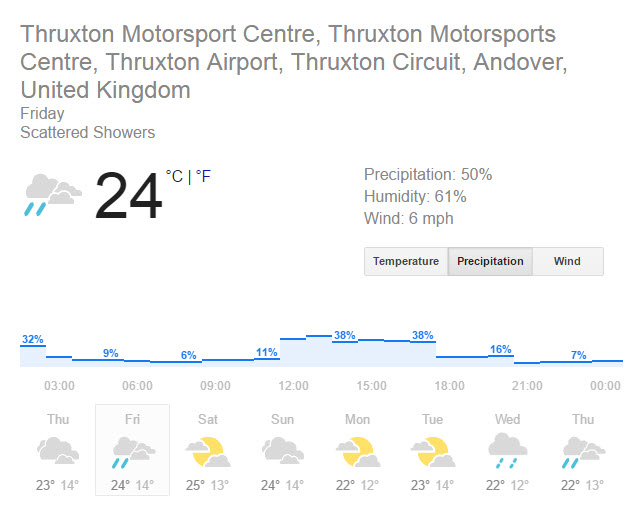 Tean Mansfield first take to the Thruxton track early on Friday afternoon at 12:25 in free practice and follow that up later in the day at 16:30 with the first qualifying session.

All eyes will once again be on Ben and Tom as they go into the final day of this pivotal weekend. Unusually, it’s going to be an early finish for the sidecar teams with the third and final 8 lap race of the weekend getting underway at 11:30am. 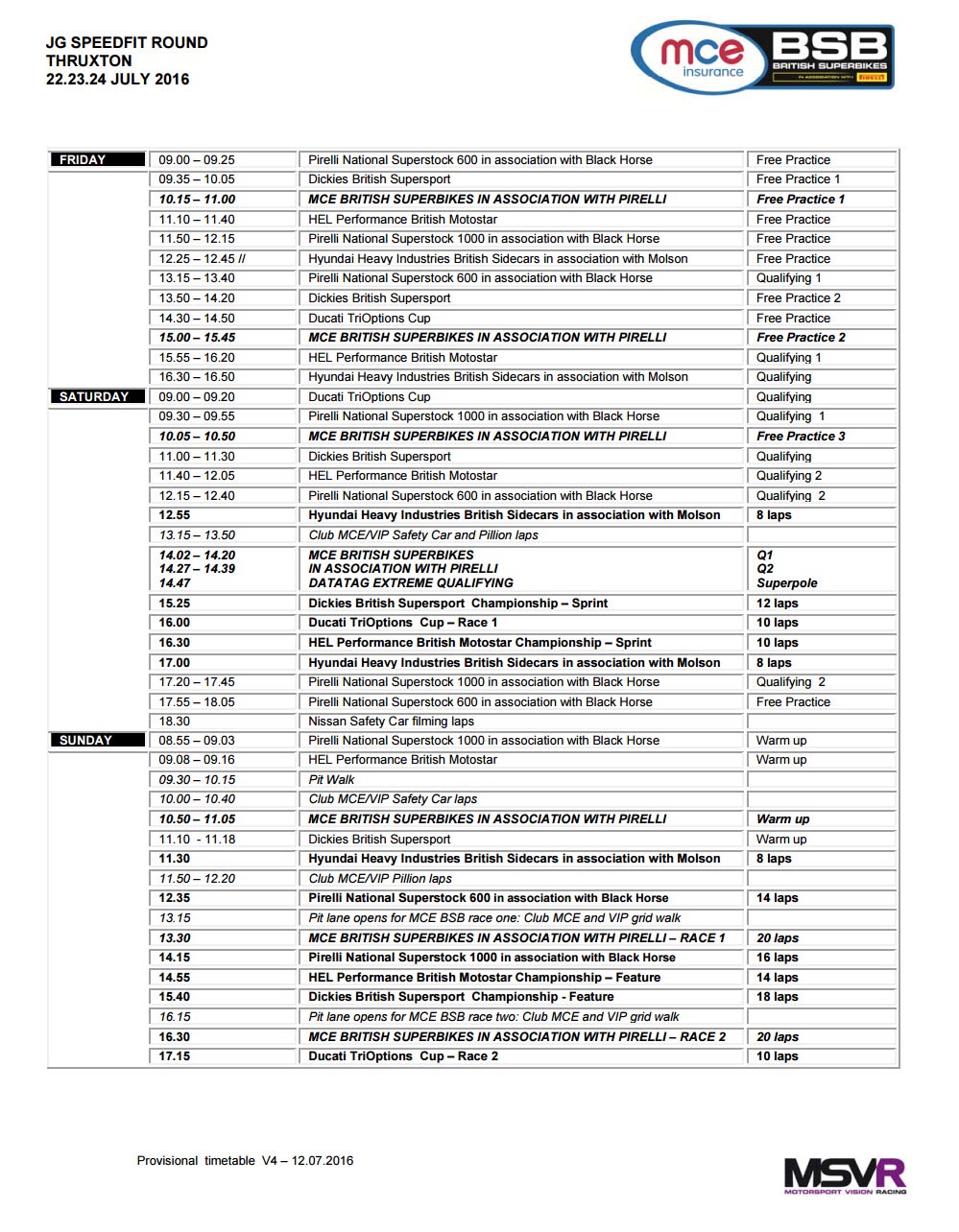 If you can’t get down to Thruxton, you can watch live timing for all the days racing by clicking this link

It looks as though the only channel you’ll find the weekends racing on is Eurosport. We’ve check the listing for Quest and nothing is showing for British Superbikes.